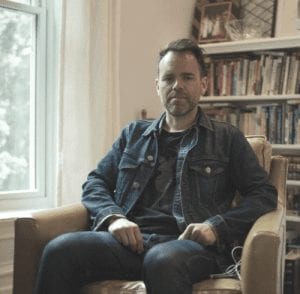 When partnering with someone to produce your video voiceover demo, Nancy will connect you with an ACTUAL, current, Madison Avenue commercial/film/social media Producer.

Meet LAWRENCE LEWIS.
He is the real Producer you’ve been trying to reach behind the professional agency wall over on LinkedIn.

Hire HIM to produce your visuals and customize it for social media, including 1:1 Square video options for Facebook and Instagram, as well as :06 second cut downs.

“Just like we do in commercials all the time now.”

Lawrence is a Commercial Producer in New York and Hollywood, he is keenly aware of the importance of video in advertising. Any freelance creative (Director, DP, Photographer, Voiceover Talent) who is marketing themselves needs to be including video in their online presence for a panoply of reasons, a primary one being the ability to buy advertising in video-only media like YouTube. VIDEO is the only way to get noticed in today’s visually-based marketplace, even if what’s being marketed is a performance ability in audio.

Lawrence is currently working exclusively with Top Los Angeles Voice Over Coach, Nancy Wolfson, to create VOICEunder VIDEO DEMOS for her students. They use existing clips of produced commercials and content along with top of the line motion graphics that line up with the copy in your existing demos. They lay your audio demo UNDER this montage of visual elements to create a professional looking and sounding video advertisement for your Voice Over services.

Lawrence will put his 20 years of film production expertise to work for you. He will collaborate with only the best Motion Graphics, Designers and FX folks in the business.

Lawrence is a busy Commercial Producer, his time is at a premium and is often booked out working with the top Advertising Agencies and Commercial Directors of the world. He absolutely loves doing this creative for the Voiceover Industry, but due to time constraints, this service is offered by referral only.